The last couple of days Laura (the boss) and I have been attending the Open Knowledge Festival in beautiful Berlin.

The event is the main community outing for the organisation formerly known as the Open Knowledge Foundation and has upwards of 1000 attendees from approximately 60 countries talking about the whole spectrum of ‘open’ – education, access, source, government, data and beyond.

The ‘Festival’ prides itself on being very different to a traditional conference – even the venue selected reinforces this with sessions taking place scattered across a ‘cultural quarter’ with talks taking place in performance spaces, bars (with disco balls proudly spinning) and a cinema. There was even a graffiti wall yesterday with political motivated artists giving lessons.

The enclosed courtyard layout and lovely weather has also created a perfect area for adhoc meetings with friends old and new. You cannot fail to bump in to someone interesting and helpful with this many talented and passionate people in close proximity.

As ever it has been these chance meetings that have been the highlight for me – discussions about participating at Wikimania, learning more about Wikidata, a discussion about supporting Govcamp Cymru, being talked through the goals of the .Dat project (initially pitched as Github for data) by its founder, being praised on behalf of Alan and his team about the ONS population pyramids from somebody at the World Bank, chatting about OpenAddresses with Jeni Tennison and meeting (albeit briefly) some of the guys behind Development Seed/Mapbox from DC whose work I’ve been following and been inspired by the last year or so (and as I sit here writing this I’ve just bumped in to someone from DFID long followed on Twitter but never met!).

Apart from perhaps the similar Mozilla Festival I doubt there is anywhere else where this level of serendipity is possible for those of us with an interest in these open topics (for the record my main interest here has been open data but in years gone by I have been associated with open education, open access and open source!)

The opening keynotes each day have also been incredibly interesting and have set the theme for the event. There has been a constant underlying tone that while open data is great it is time to get beyond just worrying about release and start making things happen. Whether that is about becoming less naive in dealings with Governments and their representatives, or building wider ecosystems for open data rather than the next shiny app the call has been clear – it is time for the community to take the next step in its evolution and start delivering the impact it promises.

The first keynote on Wednesday was a real treat. Patrick Alley from Global Witness gave a quick tour through the incredibly fascinating and brave work his organisation does in trying to bring the economic abuses of corrupt governments and organisations to light. He presented a mix of risky in person investigations, open data and whistle blowers, lobbying and policy making all working together to perform incredibly important tasks. It was the sort of talk that both inspires and makes you question your own career choices!

The other keynote that particularly resonated with me was from Eric Hysen, who leads the civic and elections team at Google. Eric had a tough task following EU Commissioner Neelie Kroes who gave a well received speech (she got a standing ovation) and also there was a decent portion of the audience for whom Google is fast becoming the boogie man.

His talk nicely tied up the themes that had been emerging at the event though – particularly on the more practical side. He spoke about the need to get past the rush to release data and the need for data to be release in structured formats and to consider the issues of interoperability and standardisation.

His metaphor about the need to build better roads rather than more cool stage coaches was interesting and seemed to make sense especially when talking about ecosystems and collaborations and the fact that nobody, not even the mighty Google, can do it all on their own and we all need to work together to build the infrastructure and the standards to allow this work to really make an impact.

All in all with just the journey home to come, which will provide more time to reflect, I would like to thank the organisers (and volunteers) for putting together a fun, interesting and inspiring event. 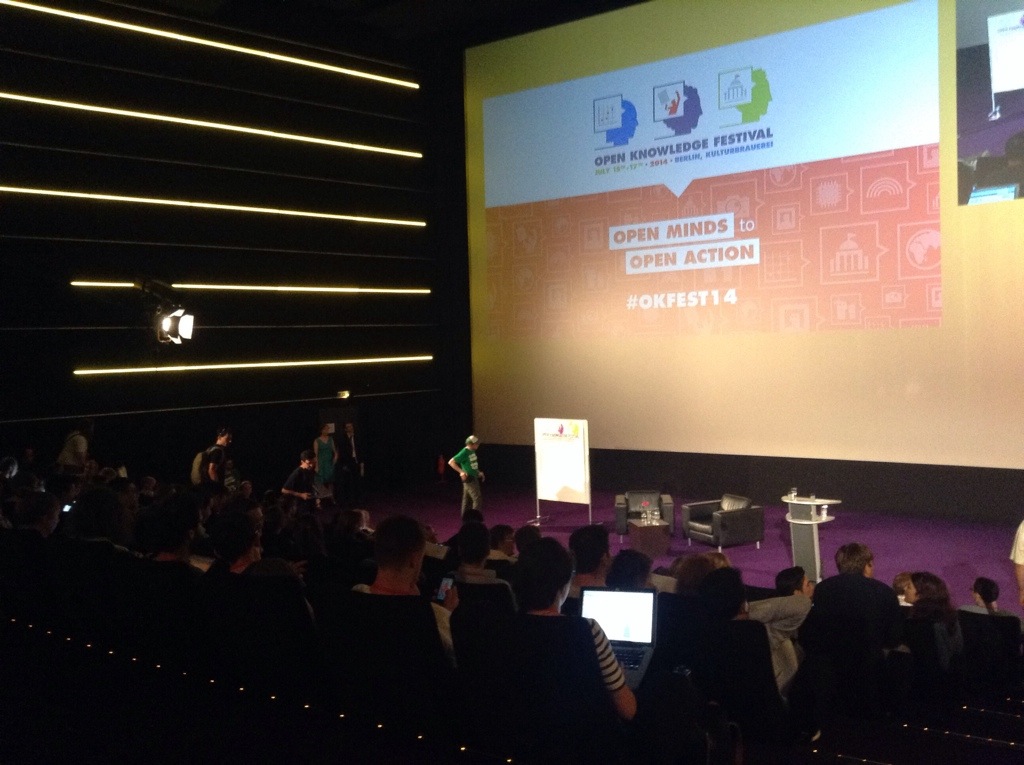 Nodiadau’r Wythnos 42 (Weeknotes 42)
So how well do you know your area?