Bit late with the weeknote from the end of sprint two as things have been a little hectic. This sprint ended with the first show and tell to ONS staff on Friday afternoon. I was really pleased with how well attended the event was and also how many useful and insightful questions people had. I think the Q and A lasted more than 30 minutes which shows a brilliant level of engagement. I’d like to thank everybody who attended.

We have built a pretty solid foundation now with the majority of page templates available now and we have just started work on what we talk about as the ‘data presentation layer’ which is really the point in which the concept behind the design really comes together (user research allowing – fingers crossed!). It is an exciting time and we have booked an entire week in London at the start of November where we will be doing some intensive user research to make sure we are on the right track before spending the final couple of sprints refining things before the public unveiling.

Once again the team tried to crack the homepage conundrum and one again we didn’t get anywhere. I find myself longing for this fabled ‘death of the homepage‘ but in the meantime I have had to just take responsibility and come up with something alongside our Head of Design that we can test and stop looking for a ‘silver bullet’.

Thanks to the involvement of Tom Loosemore with our work at the moment we were lucky enough to have Jamie Arnold (and Tom) come in to the office and help walk us through putting together a ‘road map’ to help us (and everybody else with an interest) visualise what we are trying to do and in what order. Jamie was Delivery Manager on the original GOV.UK project from alpha onwards and has since been involved in a number of major Government digital transformation projects so has an incredible breadth of experience in working in this kind of environment. It was really a learning experience going through the process with Jamie and Tom. It was challenging but extremely useful and I think a helpful artefact will emerge from the day. Jamie has written a couple of great posts about his take on doing these roadmaps that I recommend (also Neil Williams from GDS has also written a useful post).

To finish I thought I would just share this picture of a couple of our developers Bren and David as they deploy the final changes before the close of the sprint from the back of a taxi on the way to their digs in Cardiff. The power of a MiFi device and a slither of 4G in South Wales should not be underestimated! The team have had quite the set of adventures since taking the contract including sharing a house for two weeks that is best known as being a location for Sherlock and Doctor Who episodes! 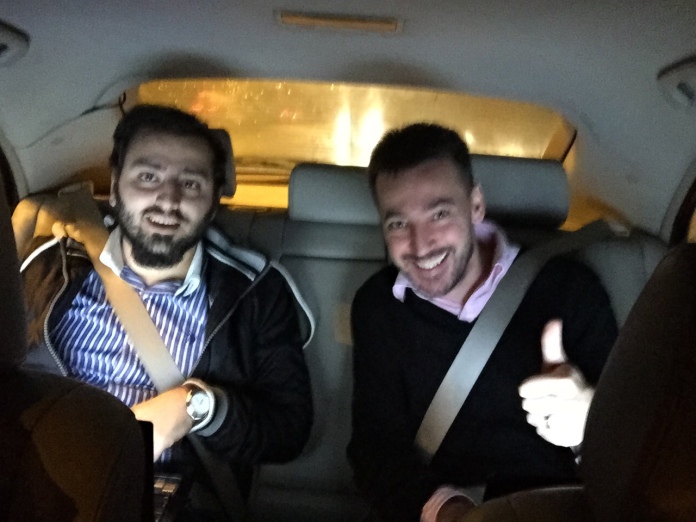 What’s It All About, Alpha?
Tartan tweets