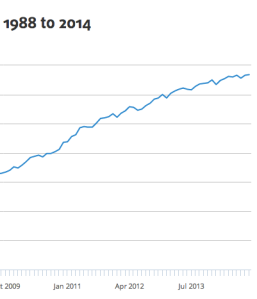 This was our third sprint and in my head it was always crunch time. Within the team we referred to it as the ‘data sprint’. It is the point where we get to the nitty gritty and start to provide end points to our identified user journeys. It was an ambitious undertaking and at various points I felt I had asked too much of the team but not for the first time I have been amazed by the efforts of everybody involved. Special thanks to Rob whose determination to ensure that we had solid coverage of time series data in the alpha has led to us offering approximately 35,000 of them!

We hope that our expert users appreciate this – especially when combined with a new approach to search that allows anybody who knows the four digit unique identifiers for those time series (CDIDs in ONS speak) the ability to directly access that data. This is a bit of a detour from our usual focus on our ‘information forager’ persona types but it has always been a feature we wanted to offer and this week it made the first tentative steps towards reality.

Given the prevalence of spreadsheets in the life of the ONS it is an amusing quirk of the current alpha that it is primarily driven by a couple of CSV files! This is not a native format for me and I have been moaning a little but it has allowed us to be incredibly flexible and make changes very quickly to site structure and content which for an alpha is vital. 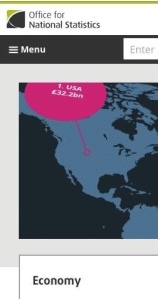 Thanks to Alex at CX and Aaron from the Methods team we also now have a wonderful responsive navigation which means the site is now looking pretty great on mobile devices. Aaron also worked with Ian and Nick to take another stab at our homepage (version 47). This time it was based on a Sharpie sketch from me on some waste paper. Precise it was not and it is far from perfect but I think it at least is starting to feel like a homepage while staying true to our principles (still no carousel for instance!)

This week I did a couple more internal ‘show and tells’. In Titchfield on Tuesday 65 people came along to see what we had been up to and ask questions. Despite some nerves I enjoyed the session – once again there were loads of useful and insightful questions and I appreciate the positivity and support I am getting from people. It makes things easier.

Next week we are trying something a bit different. The majority of the team is decamping to London for an intense week of user research. We have multiple strands of activity going on – formal lab & guerrilla research, interviews and more ‘show and tells’. All together we will be speaking to about thirty people to gather feedback on our work to date and the outcome of this will underpin what we do in the final month of development. It is both exciting and nerve-wracking. Wish us luck.